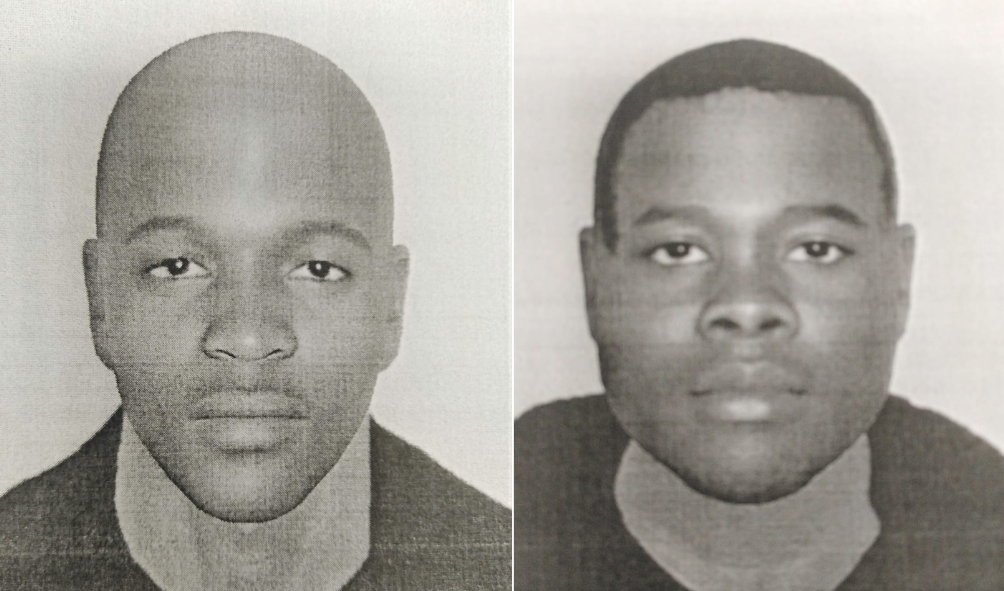 ON THE RUN . . . Facial sketches of the suspects

Welkom police say two suspects aged between 30 and 35 are wanted in connection with a house robbery incident that occurred in Bedelia in May.

Police spokesperson for the area, Captain Stephen Thakeng, said the pair allegedly surprised their victim while she was alone in her house on May 31 and forced her into the bedroom before making off with an LG smart television set.

According to the police, the two men, who were said to be speaking a foreign African language, entered the house through the kitchen door at about 11:35 claiming they had been sent by the father of the house.

“The victim told the suspects that she does not stay with a male and was forced at gun point into her bedroom,” said Thakeng.

The woman is said to have stayed in the bedroom and upon realising that the suspects had left she came out.

“It was discovered that an LG smart television, black and silver in colour, and two remote controls were missing. Police were called to the scene and a case of house robbery was registered,” he explained.

Police have compiled identikits of the suspects.

The first suspect is dark in complexion, muscular and about 1.6 metres tall. He was wearing a black cotton jacket, blue shirt, white skinny jeans and colourful formal shoes.

Anyone with information that could help in tracing the suspects may contact Detective Warrant Officer Riaan de Lange of Welkom Detective Services on 082 821 9227 or Crime Stop: 08600 10111.

Meanwhile, an elderly woman and a 17-year-old boy have been arrested for public violence in Hertzogville after two days of service delivery protests.

The town is known for its maize, wheat and groundnut farming as well as cattle and sheep production.

Public Order Police vehicles were pelted with stones and roads were barricaded with burning tyres by the protesters.

Lejweleputswa District Commissioner Major General Lerato Molale said the police will not tolerate lawlessness and urged the organisers of the protest to sit down with the relevant authorities for a negotiated settlement and not resort to looting shops and disrupting schools in Hertzogville.