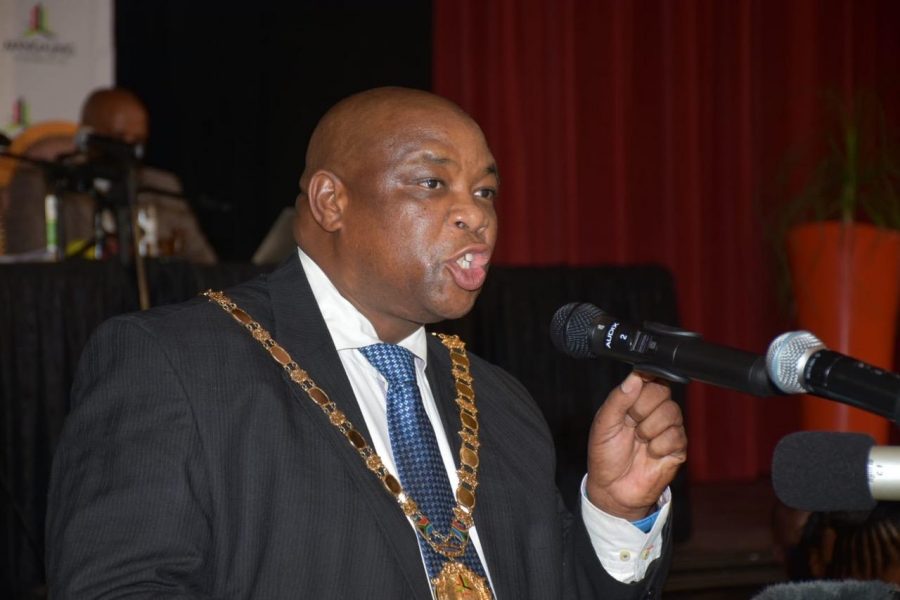 “We are at the beginning of a new financial year and this is the perfect time to launch Operation Clean Audit,” said Siyonzana during a media briefing on Tuesday.

“As a city, we have decided to take a quarterly approach, which will allow us to monitor issues of overtime, acting positions and fruitless expenditure, amongst others,” he added.

Some workers at Mangaung have been accused over the years of not attending to faults or collecting garbage during normal working hours and only doing so late in the day in a bid to claim overtime.

This has resulted in the city failing to deliver adequate basic services on time resulting in some frustrated residents staging protests in order to draw the attention of the authorities.

“The first thing we have to deal with is to capacitate the internal audit unit and ensuring we have enough chartered accountants,” said the mayor, who wants to see the city achieving a clean audit during his five-year term which started late last year.

That, however, could take quite a lot of effort because no municipality in the province achieved a clean audit over the past five years.

Further, Mangaung is the only metro in the country that is currently under administration.

In the latest Consolidated General Report on local government audit outcomes for the 2020/21 financial report, Auditor-General Tsakani Maluleke said audit reports for municipalities in the province had regressed over the five-year term of the previous administration.

Maluleke largely blamed this on inaction by political and administrative leadership saying it continued to be a deliberate obstruction to municipalities’ effective functioning.

She urged provincial leadership to be concerned about this state of affairs.

The provincial executive intervened at Mangaung in January 2020 by imposing and assuming responsibility for a recovery plan that aimed to secure the metro’s ability to provide basic services and meet its financial commitments.

This was after a few years of poor financial and service delivery performance.

Again, this did not yield the anticipated outcome, resulting in the municipality being placed under national administration.

The metro is now being run with the help of an interim management team whose leader holds the powers of a city manager.

Mangaung has a staggering R8.2-billion in outstanding debts.

Debt as a result of irregular expenditure is estimated at R190-million. – Staff Reporter

Premier heads to Maluti-a-Phofung after businesses threaten to leave