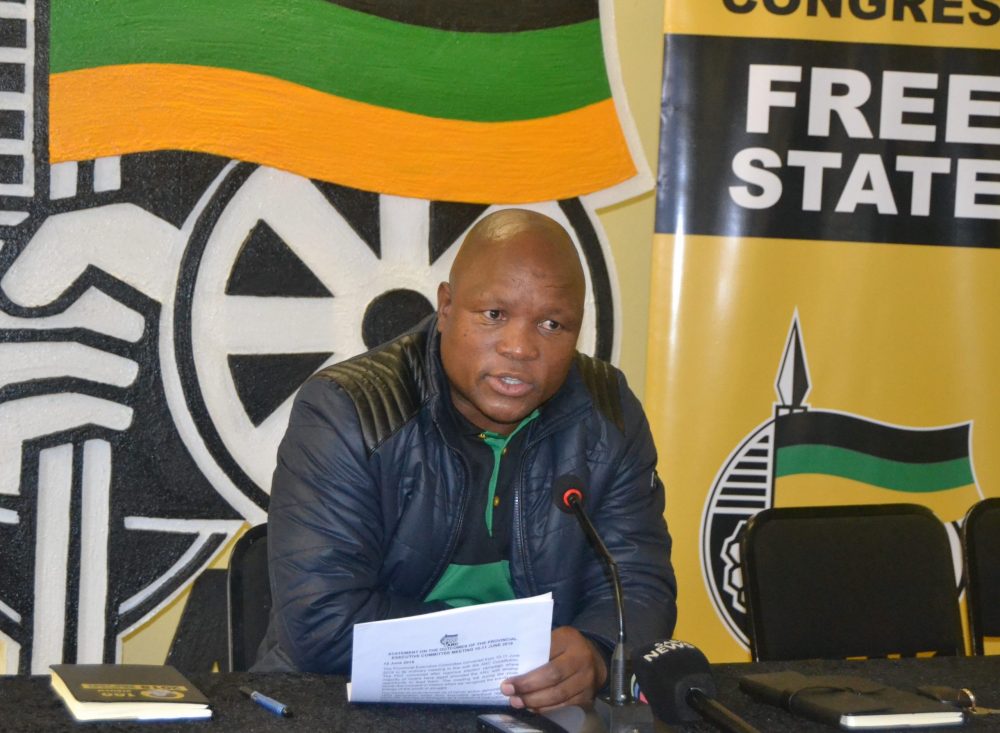 The ANC Free State Interim Provincial Committee (IPC) says it is on course to establishing branches as outlined in a roadmap to reorganise all branches in the province by mid-August.

IPC provincial coordinator Paseka Nompondo said this after reaching an agreement on Friday with disgruntled ANC members who approached the Free State High Court on an urgent basis seeking to have the party structure disbanded.

The members, who are from the Mangaung region, argued that the continued existence of the Interim Regional Committee (IRC) of Mangaung was unconstitutional.

But the matter was never argued in court as planned after the feuding sides reached agreement before the court sat.

Advocate Dali Mpofu – on behalf of Ditabe Mokhutle, Nozenza Cezulu and Thabiso Petrus Selienane – told Judge Corné van Zyl that the parties had agreed that the IPC would not dissolve any branch ahead of the provincial conference.

The date for the provincial conference, which much be held before December, is yet to be determined.

In their court papers, the trio said the ANC had breached its own constitution by delaying branch and regional conferences, allowing interim leaders to run party affairs in the province.

They argued, in particular, that the appointment of an interim regional structure in Mangaung by the IPC was unlawful and invalid and wanted the decision to be reversed.

The party has admitted that the branches of the province are not in good standing and urgent measures were needed to change the situation.

“We expect to reconstitute the Interim Regional Committees very soon, as their mandates have lapsed, and ensure that they assist in taking branches to their conferences,” said Nompondo in a statement.

“We appeal to all members to obey guidelines for the conferences and the ANC constitution so that we enable all members to participate in processes,” he urged party supporters.

The disgruntled members said they resorted to the legal route after the party ignored them when they initially raised their concerns.

Nompondo said the IPC welcomes the judgment, saying it re-emphasised the ANC’s constitutional prescripts that put the powers to establish and disestablish branches in the hands of the provincial structure.

“The IPC welcomes the outcome as it re-emphasises its previously taken decision to reconstitute the interim structures in all the regions and the branches, where such are dysfunctional and not in line with the spirit of unity and renewal . . . such powers only reside with the IPC,” said Nompondo.
According to the party roadmap, all branch conferences in the province should be conducted by mid-August.

The cut-off date for finalisation of membership is the end of July 2022. – Staff Reporter