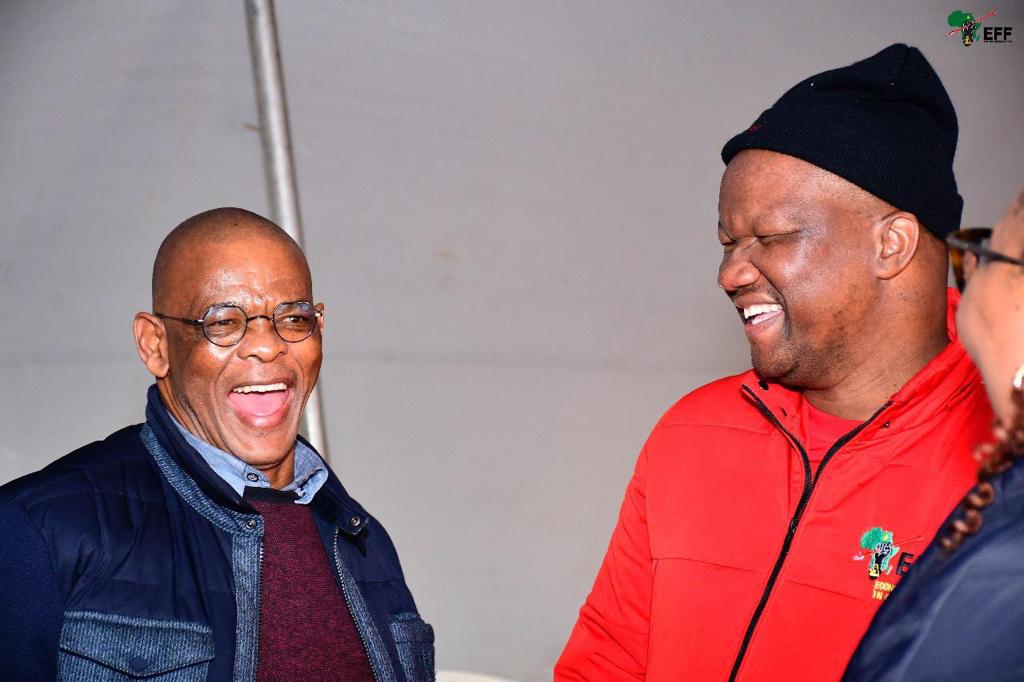 The ANC Free State’s Interim Provincial Committee (IPC) says it is concerned with the conduct of the party’s suspended secretary-general, Ace Magashule, after he attended an event organised by the opposition Economic Freedom Fighters (EFF) at the weekend.

On Saturday, the EFF held a rally at Walter Sisulu Square in Kliptown, Gauteng, to celebrate South Africa’s Freedom Charter.

Magashule was part of the crowd and was seen mingling with several EFF leaders.

IPC coordinator Paseka Nompondo said in a statement released on Monday evening that Magashule was out of line for attending a political event organised by another political party which is not in alliance with the ANC without seeking approval.

“As a provincial structure, we deplore in the strongest terms such irresponsible conduct and request all the members in the province not to follow that example as it tarnishes our image,” said Nompondo.

He said the secretary-general holds one of the highest positions in the ANC whose integrity has to be protected at all costs.

Nompondo said the fact that Magashule is suspended does not allow him to disregard the organisational discipline and other principles that must be observed by all members.

He said the office of the secretary-general carries with it the image of the party.

“It is important to note that in the diagnostic report that we produced at the inception of this structure, we listed the negative tendencies that devoured the unity and destroyed the traditions and culture of the organisation.

“This conduct of the secretary-general comes as a new negative tendency and must not emulated by any member,” Nompondo pointed out.

He said the IPC is in the process of visiting branches to assist them in preparing for their conferences, especially those that are ready, and work on reviving those that are defunct.

The IPC, according to Nompondo, has adopted a roadmap which must culminate in the party’s provincial conference in September.

ANC members are expected to renew their membership and ensure that they appear on their respective branch registers.

“The work of uniting and renewing the organisation is continuing without hindrance and we hope that at the time of going to provincial conference much would have been achieved,” said the IPC coordinator.

Magashule was not immediately available for comment. – Staff Reporter