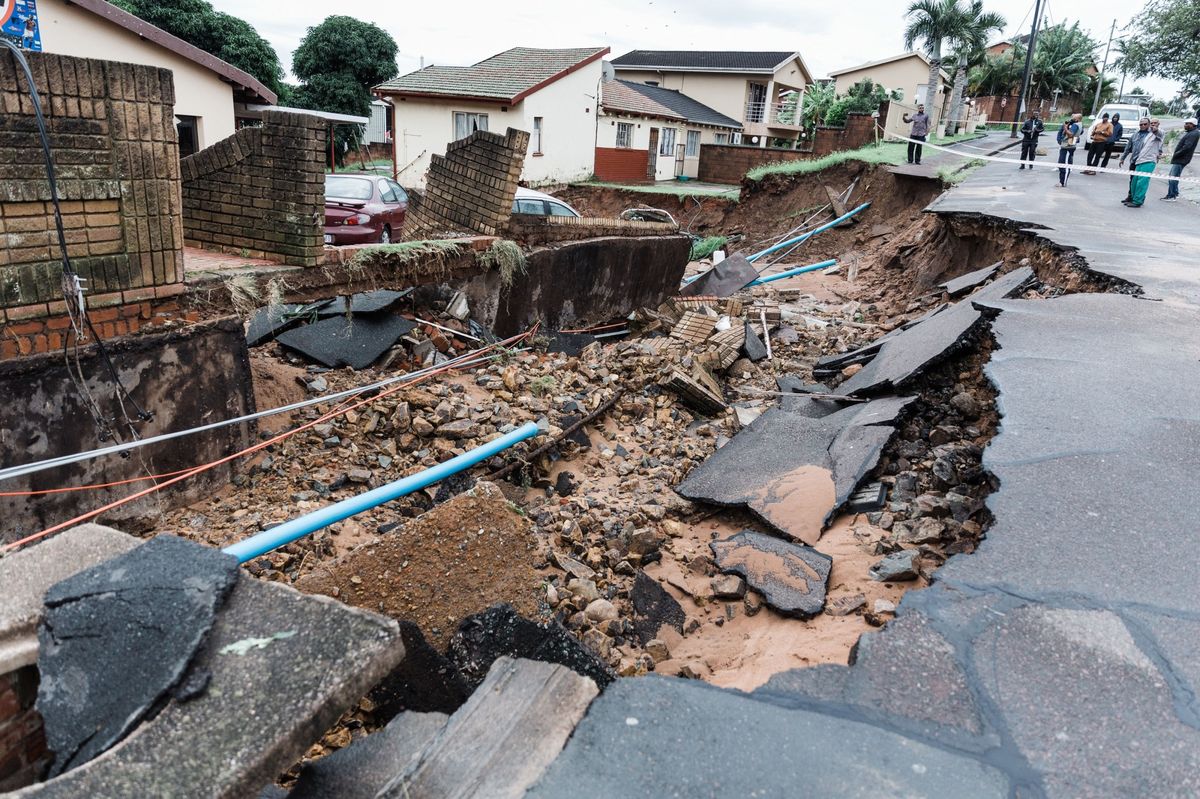 TRAIL OF DESTRUCTION . . . Floods have caused severe damage in KwaZulu-Natal

The Free State and the North West provinces could be affected by extreme weather conditions similar to those recently experienced in KwaZulu-Natal and the Eastern Cape which resulted in widespread flooding, hundreds of fatalities and destruction of property.

This was said by President Cyril Ramaphosa Ramaphosa during a televised address on Monday evening in which he declared the catastrophic floods which have devastated parts of KwaZulu-Natal and the Eastern Cape a national state of disaster.

He said other parts of the country may also need assistance in the near future.

“With the heavy rains and flooding in the Eastern Cape and indications from the South African Weather Service that the North West and Free State may also be affected by bad weather, it is clear that there are other areas of the country that need emergency intervention,” said Ramaphosa.

The address followed a special cabinet meeting on Sunday where the government assessed the social and economic aftermath of flooding in the two provinces and work underway to provide relief and to rebuild.

Ramaphosa visited the eThekwini Metropolitan Municipality last Wednesday where he received an update on the responses of local, provincial and national authorities to the provincial disaster.

This, according to Ramaphosa, is to ensure an effective response across all spheres of government to the extreme weather events that have occurred in several parts of the country.

“The primary responsibility to coordinate and manage the disaster is assigned to the national sphere of government, working closely together with provincial governments and municipalities,” he said.

“It enables the mobilisation of more resources, capabilities and technical expertise in providing relief, recovery and rehabilitation to affected communities.”

The president said government response will be rolled out in three phases, namely: humanitarian relief to ensure that all affected persons are safe and that their basic needs are met; stabilisation and recovery, rehousing people who have lost homes and restoring provision of services; and reconstruction and rebuilding.

Areas located close to rivers and waterways – particularly informal settlements – were severely affected and many dwellings were swept away.

To date, a total of 443 people are known to have lost their lives in KwaZulu-Natal, while approximately 48 people are missing or unaccounted for.

It is estimated that more than 40 000 people have been displaced by these floods.

“This is a humanitarian disaster that calls for a massive and urgent relief effort,” said Ramaphosa.

“The lives, health and well-being of thousands of people are still at risk.

“The floods have caused great economic and social damage.”

It is also estimated that over 270 000 learners have been affected and about 600 schools have been damaged.

About 16 of these schools cannot be accessed due to damage to connecting roads and bridges.

At least 1 300 road repair projects have been identified and progress has been made in restoring operations at the Port of Durban by opening alternative routes for trucks to access the port terminals and clean up debris in the harbour.

National treasury has indicated that R1-billion will be immediately availed to get all work started.

It will seek further funding from parliament.

Ramaphosa said a comprehensive assessment of the economic cost of these floods still has to be made, but it is likely to run into billions of rands.

He said it will be critical that all the resources mobilised are used for their intended purposes and reach the intended recipients.

“There can be no room for corruption, mismanagement or fraud of any sort,” he warned.

“Learning from the experience of the COVID-19 pandemic, we are drawing together various stakeholders to be part of an oversight structure to ensure all funds disbursed to respond to this disaster are properly accounted for and that the state receives value for money.

“These stakeholders include the Office of the Auditor-General, business, religious sector, labour, community-based organisations as well as professional bodies such as engineers and accountants.

“We are determined that there must be transparency and accountability as the projects are costed and implemented . . .” – Staff Reporter