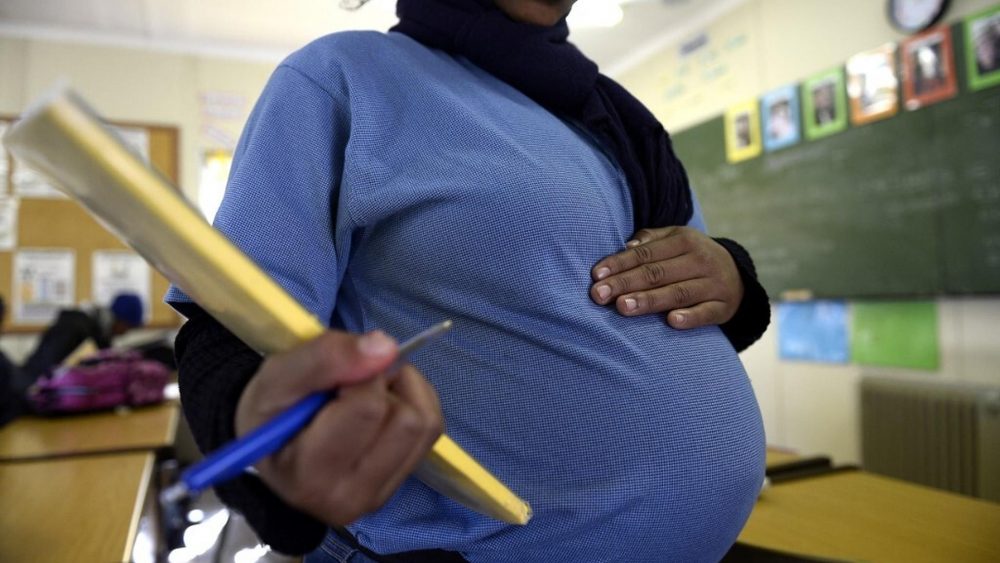 Elizabeth Ross Hospital in the eastern Free State town of QwaQwa reported 469 deliveries by girls aged 14 to 19 years old between April 2020 and March this year, the provincial health department said.

And from April this year to mid-June, the same hospital reported 109 deliveries by girls within the ages of 15 to 19 years.

The Free State Department of Health recently revealed the statistics in QwaQwa during a campaign aimed at discouraging teenage pregnancies particularly by those still in school under the theme ‘Responsibilities of the Young Mother Project’.

“The purpose of this project is to discourage schoolgirls from being sexually active at an early age, without using protection,” said provincial health spokesperson Mondli Mvambi.

He said failure to use reproductive health methods by some youths often leads to unwanted pregnancies and sexually transmitted diseases such as HIV.

In one of the activities of the ‘Responsibilities of the Young Mother Project’, the females simulate scenarios where a young girl is expected to take care of dolls – symbolising the responsibility of nursing or taking care of a baby – while the same girl needs to do school work including preparing for examinations.

The project, which targets girls between 14 and 19 years of age, is set to be rolled out to all districts in the province.

It has however been disrupted several times by the COVID-19 pandemic.

Among its objectives, the project wants to: establish contributory factors to teenage pregnancy from both boys and girls; establish the factors contributing to early sexual practices; and educate the youth on the benefits of education and delayed sexual engagements.

It also wants to address the barriers to accessing contraceptives or youth services at health facilities.

But the health department is prohibited by the Basic Education Policies to educate school learners on the use of condoms to prevent sexually transmitted diseases and unwanted pregnancies.

Lumka Mangoejane, the provincial director for Women’s Health, Youth, Adolescents and Neonatal Services, told The Free Stater that information to empower sexually active learners is quite limited in schools.

“The department of education should advocate for the use of these services in the school environment,” she said.

“They should also engage parents because, as the department of health, we are in a position to provide some of the services without parental consent.”

“However, the department of health has to ensure that we increase the number youth friendly services in our healthcare facilities so that the learners have access to these services whenever they need them outside school hours,” added Mangoejane.

The spokesperson for the Free State Department of Education, Howard Ndaba, acknowledged that the department closely monitors what learners are taught in school.

He was however quick to point out they are in constant collaborations with the health department on various issues and that working together on agreed topics on reproductive health shouldn’t be a challenge.

Youth advisory platform bwisehealth.com warns that sex can be fun but it can also be confusing or even scary.

The organisation advises that the decision to have sex is a very personal one, and that if one doesn’t feel ready for it, there is no need to rush.

It gives four reasons why waiting before having sex could be helpful to the youths, namely: