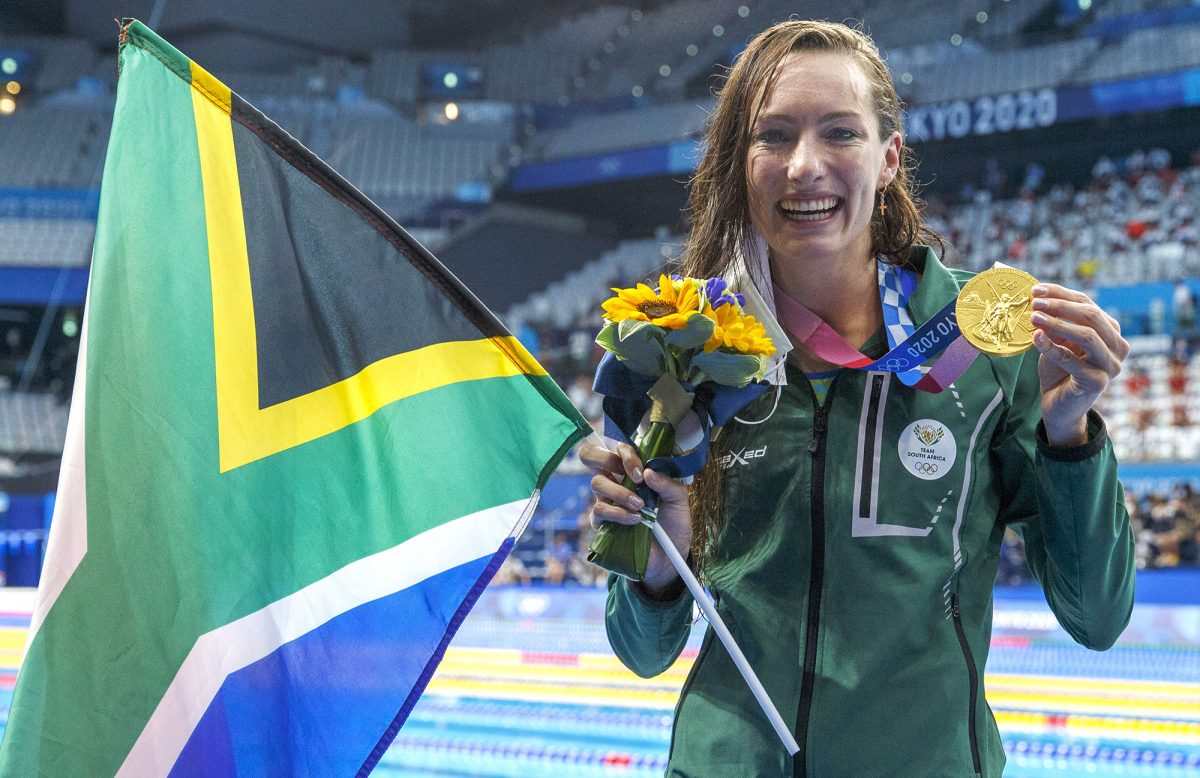 Schoenmaker screamed with delight when she caught sight of her two-minute 18.95 second mark, the first individual world record of this gala, and wept with joy as she was congratulated by the American silver and bronze medallists, Lilly King and Annie Lazor, and her fifth-placed Tuks teammate Kaylene Corbett.

King, in lane two, set the early pace and had the lead at the halfway mark, but Schoenmaker remained steadfast in executing her strategy, reeling in the American on the third lap and then pushing for the win and dipping under 2:19.00 for the first time in history.

Schoenmaker, who took the 100m breaststroke silver on Tuesday, is only the tenth South African to have won multiple medals at a single Games, and the fourth since readmission, after Penny Heyns (Atlanta 1996), Roland Schoeman (Athens 2004) and Chad Le Clos, who achieved it twice (London 2012 and Rio 2016).

Speaking after the race, she said her goal at the Olympics was to just try her best and hopefully make the final.

“If I could just make the final, that was what I said since I started coming, to make the final is already an amazing achievement.

“I was lucky to have my teammate (Kaylene Corbett) there. We were all two, too — two Americans, two British, two South Africans (in the final) – so it was just amazing to have that teammate there.” – Business Day 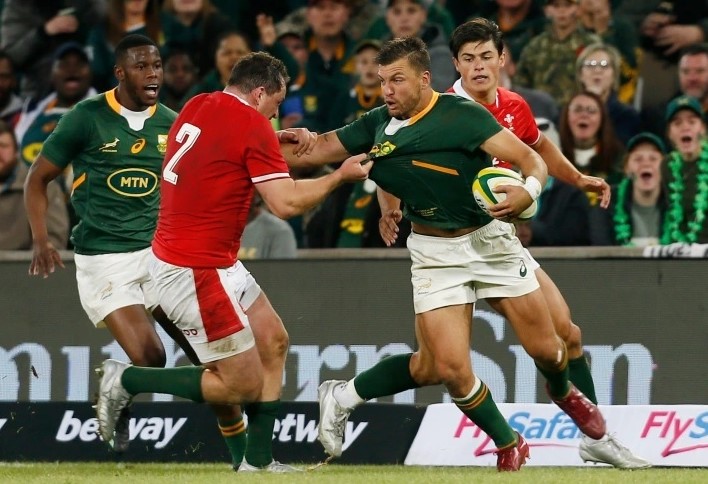 NO WAY THROUGH . . . South Africa’s stand-in captain Handre Pollard is tackled by Ryan Elias and Louis Rees-Zammit of Wales during their match at the Free State Stadium in Bloemfoontein (Photo: Felix Dlangamandla/Daily Maverick)

Replacement fly half Gareth Anscombe kicked a late conversion from the touchline as Wales claimed their first ever away victory in South Africa with an error-strewn 13-12 success over a much-changed Springboks at the Free State Stadium in Bloemfontein this Saturday evening.

Wing Josh Adams crossed for the only try of the game with two minutes left on the clock, leaving Anscombe with a difficult conversion to win the game, but he landed the ball through the centre of the posts to make history for Wayne Pivac’s side.

Stand-in captain Handre Pollard kicked four penalties for a Boks side that had 14 changes in their starting XV from the first test win and never found any fluency in a game where they mostly dominated territory until the final 10 minutes.

The third and deciding test in the series will be played in Cape Town next Saturday. – Independent 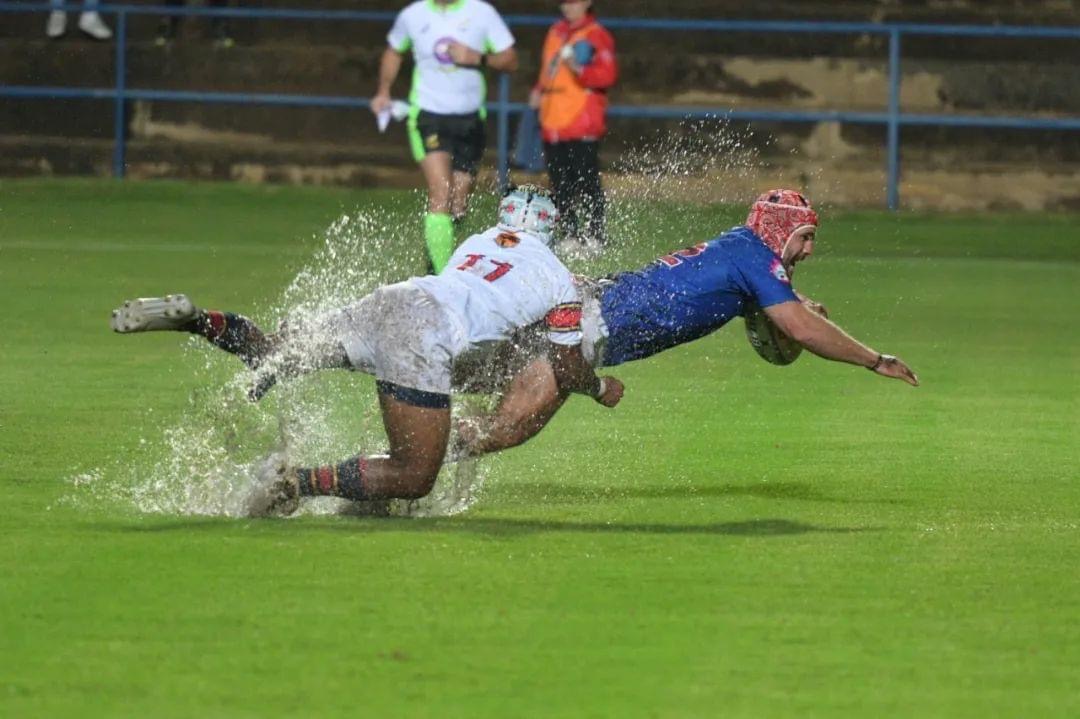 Monday’s heavy downpour did nothing to stop the match between the University of Free State’s Shimlas and the Tuks from the University of Pretoria as the hosts literally ran on water and booked their place in the Varsity Cup semi-finals.

According to KovsieSport, it took a try in the 79th minute by the replacement Kwezi Dlamini to secure the victory, as the Shimlas claimed their first Tuks win in four years.

Even in trying conditions the Shimlas stuck to their running style of play to beat the defending champions 26-15 at Shimla Park at the Bloemfontein campus.

It was largely thanks to a superb first half where the Shimlas ran the visitors off their feet and were leading 19-3 at the break.

The centre Jooste Nel opened the scoring in the sixth minute after a great move close to the try line.

The home team was leading 19-3 after 34 minutes when play was suddenly stopped with lightning approaching.

This could have been the worst outcome for the Shimlas as a result only counted after 40 minutes are played.

It was the second time this season that a UFS home match was influenced by lightning – its Ikeys game was postponed.

Luckily for the Shimlas play resumed.

The University of Pretoria came back well in the second half, got more momentum and in the last 10 minutes were trailing only 15-19 after Allister Williams scored from a driving maul.

But the Shimlas defended well and stars like Thabo Ndimande, the man of the match, refused to give up.

Khaka’s heroics save the day for Proteas 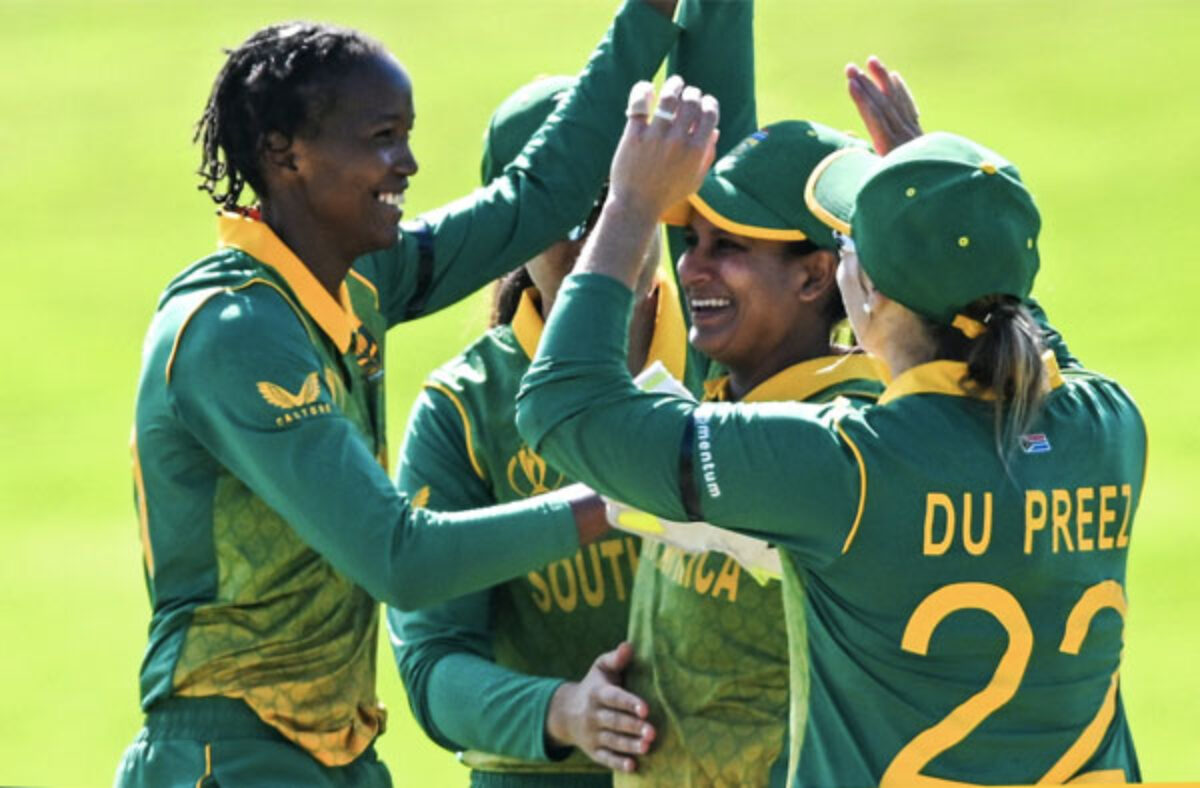 A brilliant spell from Ayabonga Khaka has helped South Africa escape with a hard-fought 32-run victory over a gallant Bangladesh in the ICC Women’s Cricket World Cup in Dunedin on Saturday.

Khaka’s match-winning four for 32 included a spell of three wickets in nine balls as she put the clamps on Bangladesh’s batting line-up and ensured her side were able to defend a modest total of 207.

Openers Shamima Sultana (28) and Sharmin Akhter (34) had given Bangladesh a perfect start as they reached 69 without loss, but Khaka’s timely intervention reduced the score to 72 for three with wickets falling in quick succession as the required run-rate continued to rise.

Skipper Nigar Sultana (29) and Ritu Moni (27) tried to use their experience to get Bangladesh back in it, but Shabnim Ismail (1/33) and Masabata Klaas (2/36) returned to the crease with the ball as the Proteas held on.

Earlier, Fariha Trisna was the pick of the Bangladesh bowlers with three for 35 while Jahanara Alam and Ritu Moni stood out with two wickets apiece as Bangladesh excelled in their first-ever match at a 50-over World Cup.

All-rounder Marizanne Kapp top-scored for South Africa with 42, while opener Laura Wolvaardt (41) and the dangerous Chloe Tryon (39) also got starts as the Proteas badly missed the big-hitting of veteran batter Lizelle Lee.

South African skipper Sune Luus was dismissed in unlucky circumstances, with the ball deflecting off Rumana Ahmed’s fingers and on to the stumps at the non-striker’s end.

The Proteas were all out in the final over for 207, but that proved enough as Khaka’s inspirational spell and some valuable experience made sure there was no fairytale World Cup debut for Bangladesh. – ICC