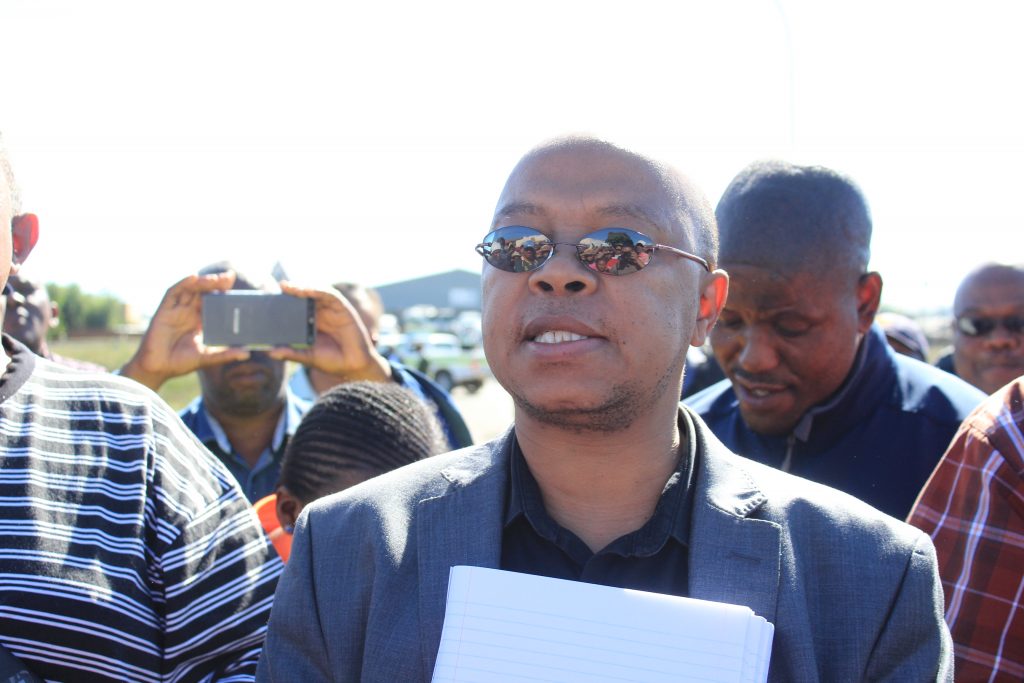 A member of the little-known Mangaung Community Concern which has called for a total shutdown across Bloemfontein on Monday says they want the city council disbanded because it has failed to serve the residents as shown by the deplorable state of the metro municipality.

The organisation’s representative, Temba Zweni, told The Free Stater by telephone on Sunday night that they have been left with no option but to take to the streets because all their efforts to engage the city authorities have yielded nothing.

“We want the council to be disbanded because it’s not doing what it’s supposed to do,” said Zweni, who identified himself as a member of the group’s communications team.

“We are so frustrated because we can see our monies being mismanaged – that’s why you have unauthorised expenditure of over R1 billion in one year in this municipality.”

“Most of us have been making an effort as individuals to raise our concerns with the municipality, but we ended up deciding that our individual efforts in different corners are not really making any impact and, as such, it would be better if we joined hands and form . . . the Mangaung Community Concern,” he explained.

Zweni said as residents of Mangaung, they are frustrated with the state of the roads where potholes make it difficult to drive around.

He said raw sewage flowing on the streets makes it impossible for most people to open windows of their houses due to its heavy stench.

The organisation wants residents to be more involved in decision making in the municipality.

“We are part of the three components that make a municipality – a municipality is made up of politicians, administrators and the community,” he said.

“But we have been excluded all along. They are not serving us as residents.”

Zweni also said as residents, they had lost confidence in city manager Tankiso Mea and wanted him to go.

He also called for a forensic audit into the operations of the municipality as they suspected several illicit developments could be going on.

“The city manager has proved incompetent and as such we are saying he must be dismissed,” Zweni said.

“We want a forensic investigation into the deals that are happening in this municipality, including the land deals.”

Zweni bemoaned what he called lack of opportunities for residents saying most contracts were given to companies from outside the municipality as well as a high vacancy rate, according to the city’s Integrated Development Plan and reports of the Auditor General.

“Mangaung municipality is sitting with 3 600 vacant positions, which is about 50 percent of its staff complement. Most of those positions are in service delivery clusters,” he said.

Zweni said the city has failed to implement several projects because engineers who are supposed to run them have not been hired, thereby inconveniencing residents.

“We are sitting with a vacancy rate of 61 percent in the engineering section of the municipality,” he claimed.

“We are sitting with 49 percent in the solid waste management department, which is the one that’s supposed to collect all the rubbish out there.

“Unfortunately, refuse has not been collected for a very long time.”

He added: “This municipality is employing 2 000 employees less than those employed by Buffalo City Municipality but the employment costs are the same. How possible is that?”

But in a statement dated May 13, 2021, Mangaung Metro said it had made significant progress in meeting the demands of a local business forum and different community forums.

Among the points, it said it had been agreed that local people be given preference for employment and that more land be made available for developments.

It however said it could not accept the request that Mangaung should not hire outside contractors as it was against the laws of the country and could also disadvantage locals when they sought to do business outside the city.

The municipality however said outside contractors would be required to subcontract locals.