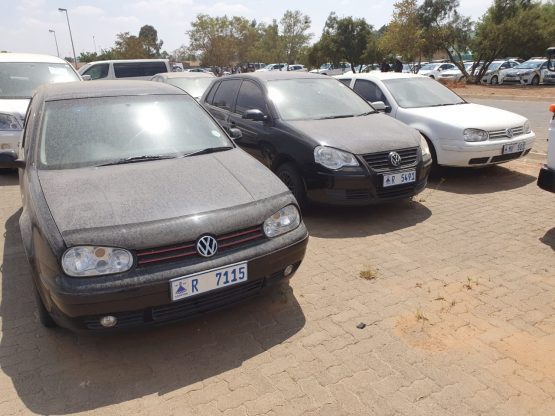 Driving a foreign-registered vehicle on South African roads without a valid import permit could land you in trouble with the law, like a Free State businessman recently found out.

Joaquim Alves, from Ficksburg in the eastern part of the province, can however count himself lucky after the courts thwarted – on a technicality – the state’s attempts to seize his car, a second-hand Nissan Serena station wagon.

The Free State High Court last week dismissed with costs an appeal lodged by the South African Revenue Service (SARS) against a court order to release the vehicle in question to the owner.

The Lesotho-registered car was first impounded by customs officials on April 25 2019 at a joint roadblock with the traffic department in the Ficksburg area after the driver, one Ms Jansen, failed to produce an import permit as is required by law when a South African citizen who resides in South Africa owns and/or drives an imported second-hand vehicle.

She claimed she had borrowed the vehicle from Alves, who reportedly owns a car rental company called Euro Fleet Services in Lesotho.

While the customs officials were in the process of issuing to Jansen a detention notice as well as a letter requesting documents in order to assist SARS to establish whether the vehicle was duly entered for importation, Alves arrived and unlawfully retrieved the car from the municipal premises where it was going to be kept.

He argued that he was under the impression that “by virtue of the Southern African Union Agreement, whenever he travels between Lesotho and South Africa, he is not required to comply with any other requirements than producing his passport and having it stamped at the border post”.

Alves was then arrested on a theft charge and released on bail after appearing in the Ficksburg Magistrates Court on May 6 2019.

The vehicle was now held by the South African Police Service (SAPS) as an item relevant to the charge.

On July 24 2019, the criminal case was withdrawn upon which the police handed the vehicle – which they had held for approximately two-and-a-half months – back to SARS and not to the owner.

Alves then launched an urgent court application, on 7 August, seeking an order to get his car released to him.

He won the case, as the court ruled that SARS had failed to finalise its investigations in reasonable time.

SARS was ordered to return the vehicle within 48 hours of the order of the court as well as to pay the costs of the application.

But SARS held on to the vehicle while appealing.

Leave to appeal was granted on September 19 and, eight days later, SARS gave notice to Alves of the findings in its investigation and its intent to forfeit the vehicle in question to the state.

On October 14, the customs authority notified him of the final forfeiture of the vehicle to the state.

In the appeal case, the relief sought by SARS was to have the orders granted by the court a quo set aside and substituted with one dismissing Alves’ application with costs.

The customs authority also wanted Alves to be ordered to pay the appellants’ legal costs.

In law, mootness arises when there is no longer an actual controversy between the parties to a court case, and any ruling by the court would have no actual, practical impact.

After adjudicating the matter on the heads of argument, Judge M Opperman dismissed the appeal, with Judge AF Jordaan and Judge MA Mathebula concurring.

The bench ordered each party to pay its own costs.

“The judgment a quo (judgment from which the appeal was taken) did not amend the law in any form or manner,” Judge Opperman noted in his ruling.

“It merely, on the facts that prevailed, found the period of the detainment of the vehicle for investigations to have been delayed to such an extent that it affected the . . . constitutional right of the respondent.”

While the latest ruling came as a huge relief to Alves – and probably also gave hope to many other South Africans in a similar predicament – the court did not strip SARS of its powers to impound imported vehicles or goods found without the relevant documents.

Judge Opperman noted that Alves’ vehicle had been “lawfully confiscated and later lawfully detained by the SAPS and SARS respectively”.

“It is important to emphasise what the court did not find,” he said.

“The court did not find that the detention of the vehicle was illegitimate, unreasonable or arbitrary but for the further and continued detention after the order a quo.

“The court did not rule that the conduct of the respondent was proper and legal or condoned it in any manner.”

The judge also said the ruling did not exclude criminal prosecution of the respondent.

“The court did not rule against any future action by SARS to seize and order forfeiture of the vehicle in accordance with the law and to serve justice and the administration of justice,” he said.